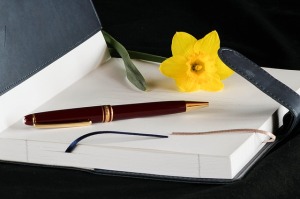 Several years ago, members of my writers group were going to do something I thought was absolutely crazy. They were going to write a novel (or at least most of one) in thirty days that November.

At the time, I had three young children, the youngest ten months old. I never planned to write novels, thinking I didn’t have the time or the consistent writing time necessary to write such long projects. Nor did I believe it possible to write 50-thousand words in thirty days. It takes several hours just to read a novel! But to write that many words in such a short time? Crazy, I tell you.

That first day of November, I sat down at the laptop with the baby in the floor on his blanket and began to write. For this first try, I used a novel started previously and continued it, not counting the words already written. I can’t remember what date Thanksgiving fell on that year, but I had to get it done before that, because the day after the holiday, I’m into Christmas, and I take the month of December off from writing.

I actually finished! Granted, it was a rough draft of course, but I now had about 60-thousand words of a novel written. The next year, I did it again. This time with no ideas or plot and now have another novel to edit. I have participated in Nanowrimo several years now, and have six novels in various stages of completion. One I am blogging for fun, and another is almost ready for first readers, which is exciting. I hope to publish it next year on Kindle.  Thank you, NaNoWriMo!

If you have ever thought about writing a novel, but don’t know how to start or what to write, I encourage you to check out www.nanowrimo.org. It will start in a few weeks, on November 1st, so you still have time to sign up. You’ll be glad you did and by the end of this year, you could have a great start to a novel.

Let us know in the comments if you’re going to take the plunge. Happy novel writing!